Hit enter to search or ESC to close

Popularly referred to as the “front page of the internet” Reddit.com has recently launched their new Pay Per Click or Cost Per Click advertising platform. The Reddit pay per click platform has offered advertisers the opportunity to utilize simplistic advertisements in the past but this marks the first step towards creating an ad platform to compete with the data analytics driven platforms of giants like Facebook and Google. We have reached out to Reddit for a comment and they are excited about the roll out, “We brought on a new COO, launched our own ads platform, introduced native mobile and native video ads, launched an agency development team, invested in measurement and improved targeting and recently hired a VP of Ads Product and Engineering to helm our performance efforts in 2019 — and until now, Reddit has largely been perceived as an awareness and engagement play (based on previously available impression and video view-based bid types). While we’ve been selling performance ads using the CPM/impression-based bid for some time, the launch of CPC is Reddit’s first dedicated performance ad product.” CPC ads charge advertisers for clicks as opposed to flat rates and other ad platforms that offer this option use this as a way of driving conversions at the correct price point to provide value for businesses. Cost per Click or Pay per Click advertising is at the heart of any good marketing strategy, it allows a company to very specifically target the audience they know buys their product. The young advertising platform has been seen as many as a potential successor to the wide reaching effectiveness of competing platforms. We are all watching with huge interest as they continue to develop their advertising platform. But, you may be wondering, what does the Reddit pay per click platform mean for my business? 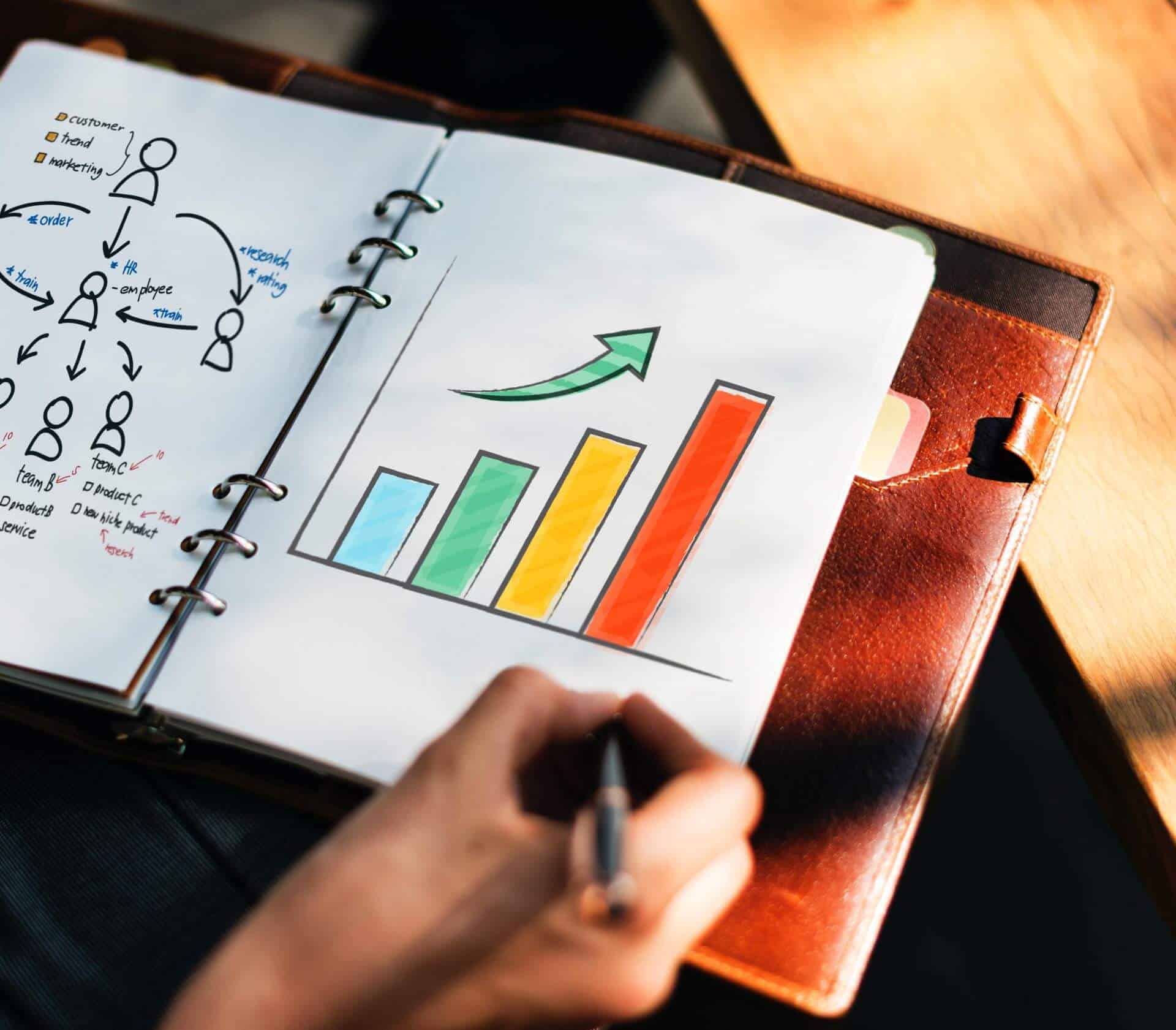 Any users of Reddit has noticed the prevalence of tech related advertisements targeted at recruiting new students or customers for tech related courses. These advertisements has historically performed well on Reddit and many are reporting a marked increase in efficiency since the very recent rollout of the new Reddit system. Reddit has reported 500% growth in their advertising income in the last 3 years and it stands to reason that the changes being made are meant to capture a larger percentage of their audience. Pay Per Click ads are the newest form of advertisement Reddit has released, but they are certainly not the first we have seen from the company. If your business is looking for a way to capture talent on the technical side Reddit has become an even more effective platform. We highly recommend you try out the new platform to find new talent, we expect it to usurp Instagram as the best way to find new hires that have the skills you need.

When it comes to conversion effectiveness of the new Reddit CPC platform, the jury is still out. They do have an exceptionally low price point at present. The low price point will make it easier for new advertisers to engage with the platform and assess what should be changed or altered, but we are still skeptical of the sustainability of advertising campaigns done on Reddit. The lack of effective re-targeting tools is what has us the most worried. We frequently see the very best of our conversions coming from re-targeted users.

At Caveni we have spoken to a few people about the results they have seen in the new platform during these early stages. They have said that the system lacks the direct targeting and complexity of other pay per click platforms like those offered by Google or Facebook. However, many are hopeful that the new platform will become more advanced as time goes on. Reddit boasts a superb system where the likes and interests of users are neatly categorized by which subreddit they watch and frequent. Our history with data analytics has shown us that the kind of in-depth targeting Reddit is offering normally means a very good conversion rate once the platform has tools to capture audience demographics. Reddit is an untapped gold mine with more than 320 million monthly users and 15+ billion page views, and the average user spends more than 15 minutes on the website during each session. They clearly have the user base to be an effective advertising avenue for businesses, but early use suggests there are still changes that need to be made. 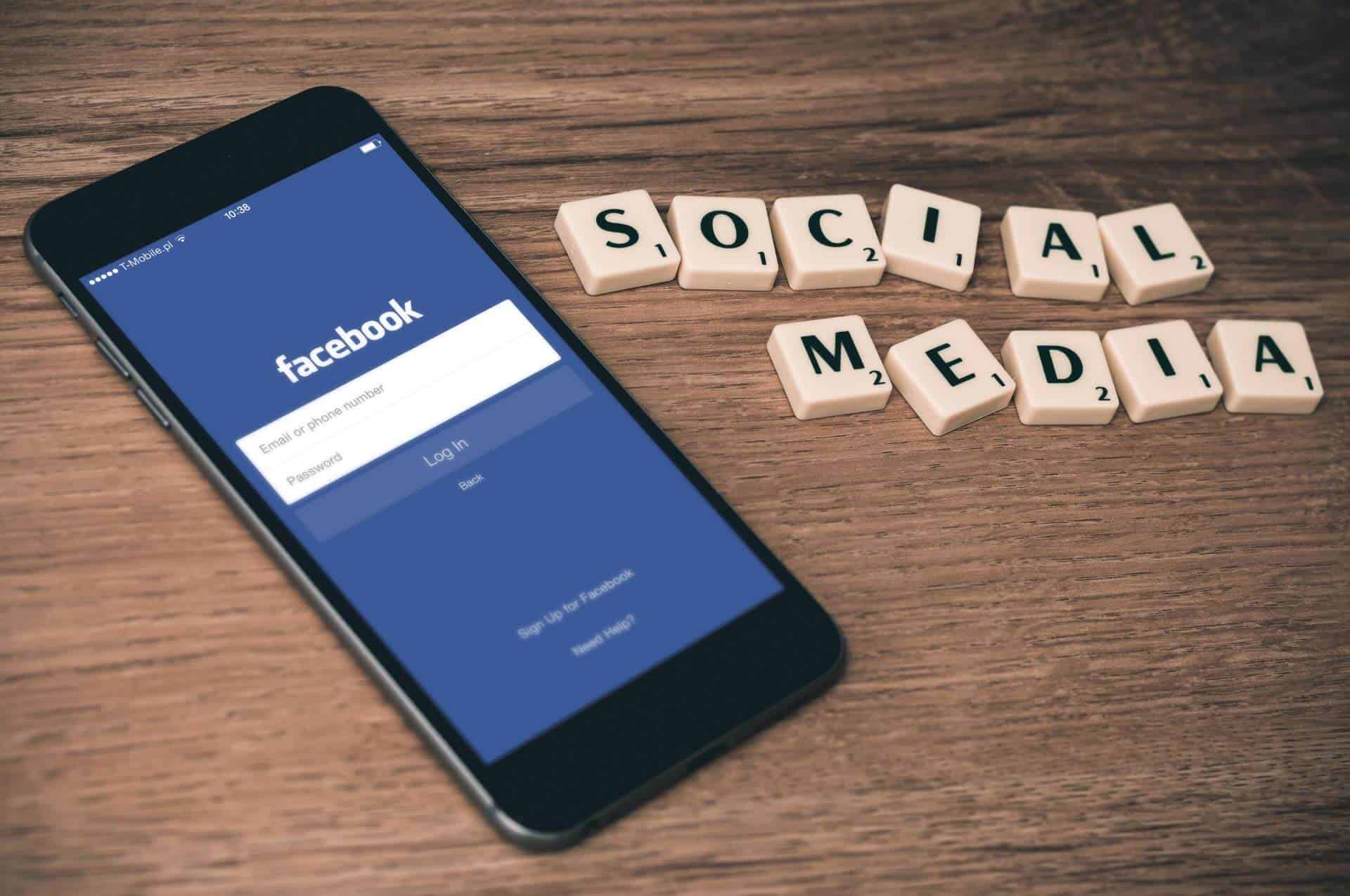 Despite being an untapped resource for new advertising, there are still some glaring problems with the new Reddit Cost Per Click platform. The primary issues holding back the influx of companies is the difficulty of use. The interest targeting and demographic targeting are just not there yet. There is a distinct lack of trust from advertisers who have become inherently data focused, we don’t know Reddit’s algorithm the same way we know competitors like Google and Facebook. The unknown elements to Reddit’s advertising platform tempers new users away from really committing to a large campaign.

That is not the only problem, our own independent data says that frequent Reddit users that come to our site are more than 20% more likely to be using ad blocking software as well, though luckily the CPC format of the new advertising platform means that we won’t be charged to get in front of eyes that never see the ad. Reddit users are distinctly private demographic with very little personal information displayed aside form their interests. This makes us hesitant to suggest Reddit Pay Per Click advertisements to our customers, as the conversions rates may be affected by Redditors who see it as intrusive advertising. It remains to be seen whether Reddit has a counter to the privacy concerns of its users, but they have taken steps in requiring emails on sign up to the service, it is currently not publicly known as to how they plan to drive their platform forward in this sense.

While we’ve made it clear that the Reddit pay per click platform is not as advanced as Google’s or Facebook’s; there is one very clear advantage to Reddit pay per click, new demographics. While we don’t have access to the direct data about the user base on Reddit it is clear to us that this platform opens up a large percentage of the population that were more difficult to reach on websites like Facebook or Google. Reddit users are frequent critics of the tech giant Facebook and display a lack of trust when presented with ads via that platform. Google, the behemoth that it is, has been supplanted in some cases by Reddit users asking similar questions in their favorite subreddits where they can receive a more in-depth answer to their questions. In fact, Google frequently drives traffic to Reddit pages that answer questions.

The re-targeting potential on Reddit pay per click is fantastic, the frequency and activity of the more specialized subreddits means that advertisers have a very direct path to consumers they might otherwise find difficulty reaching. Targeting a very niche subject like woodworking hobbyists becomes as simple as finding the active subreddit dedicated to their hobby. Researching and finding the subreddit that your target audience flocks to will become relevant far faster than you could imagine. We suggest you have a list ready so that you can pull the trigger at any moment. 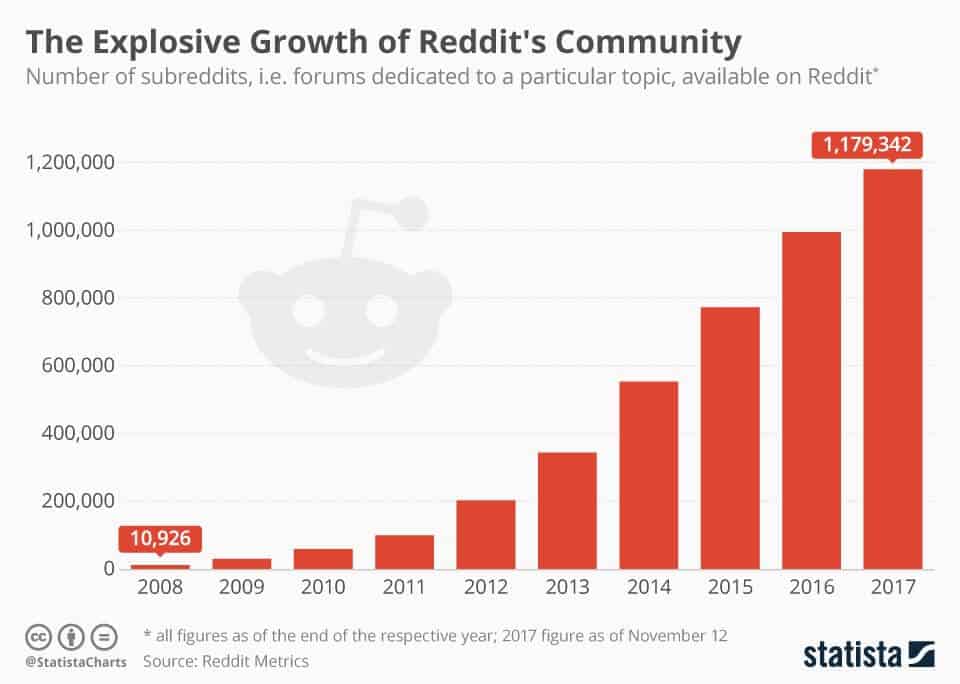 The writers at Adweek have told us that 50 advertisers have been allowed access to the Reddit Pay Per Click beta program, including companies such as Wayfair and Hired. The newest wave of advertisers have described prices reduced by up to half in the more impressive ad platform. Heather Green, senior vice president of social strategy and content at Zenith, has expressed her concern that it does not quite hold up to other comparable platforms already available, “not user-friendly on the enterprise level.” The platform in its present state should still perform fairly well for smaller companies looking to capture a new audience. However larger or higher-ticket businesses should steer clear for the moment until the platform has evolved.

As of Wednesday advertisers can now directly bid on Reddit’s Pay per Click platform via the Reddit advertiser portal. They can promote links, posts, or videos using the platform and we are excited to see how the dominoes fall on this latest development. We asked a representative from Reddit to comment on the future of the platform and they said this, “As for the future: we have a number of performance updates and products on the roadmap — including targeting, reporting and new ad objectives — that will help us continue to meet advertiser’s changing needs, but nothing to announce right now. Although one big update that you may want to include: in December, we began rolling out a significant update to our Conversion Pixel, which now tracks 8 different conversion events (as opposed to the ONE that she mentioned) and breaks out view-through and click-through conversions separately (where before, they were bundled together).” Head over to the Reddit blog for more information and future updates. From what we can tell they have already identified the same issues we’ve described here and are taking steps to rectify the problems. 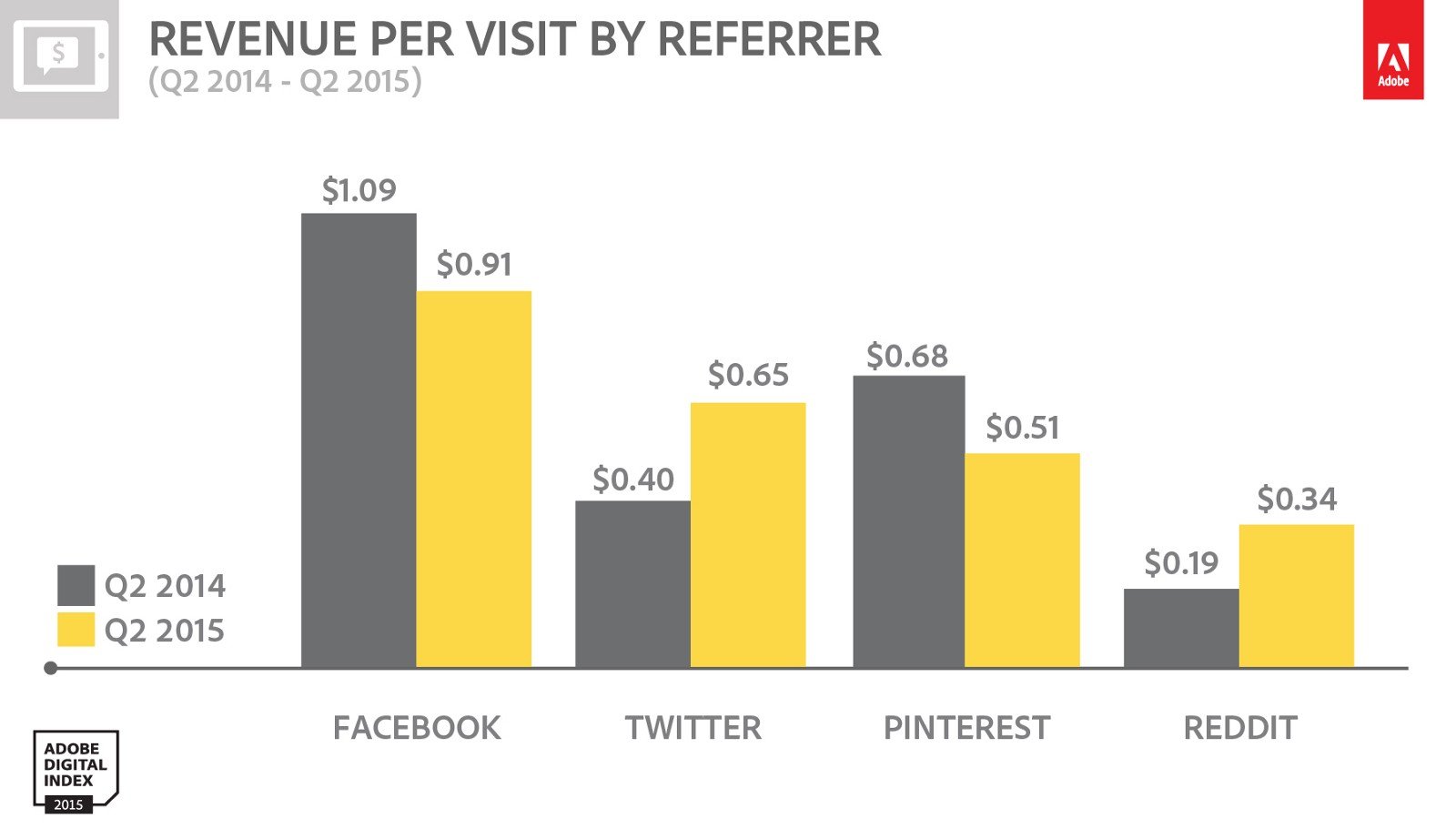 Reddit represents an excellent platform for potential advertisers; audiences are clearly defined and have even placed themselves into categories and subcategories. Despite the few faults with the current system, we are confident that the team at Reddit.com will be able to fix any minor issues they still have and move in to compete with giants like Google and Facebook. If you are considering using Reddit as an advertising platform for your business, we will be able to help make your campaign as effective as possible. As the platform evolves we will be running campaigns and testing the new portal to the fullest extent. In simple terms, we believe Reddit will make waves in the advertising world. Your first step to take action should be to take your targeting data and find the subreddits that have the most significant amount of users in your target demographic, you will be converting in no time. As soon as we see a more robust re-targeting system we expect huge returns from the Reddit advertising system. The information we’ve received from Reddit so far indicates that they plan to continue improving the system as time goes on, so we are optimistic for the future of the new Reddit pay per click platform. Let’s head into this new world with Caveni.

Get a Free Quote Here!